Changes on the JICUF Board of Trustees – Spring 2021

At the end of March, two long-time members of the JICUF Board of Trustees, Phyllis Larson and Mitsuhiro “Mitch” Kaneda, completed their terms. We would like to take this opportunity to thank both Phyllis and Mitch for their dedication and service to JICUF over the years. 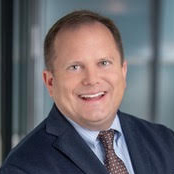 As of April 1, David Janes has assumed the role of the Chair of the JICUF Board of Trustees. David has been a member of the Board since 2004 with a few intervals. David is the Senior Advisor for Institutional Development in the Office of the President at the Okinawa Institute of Science and Technology Graduate University.

He was previously the Director of Foundation Grants and Assistant to the President at the United States-Japan Foundation, where he led the Foundation’s multi-million dollar grant-making program and served as the public face of the Foundation to grantees in the U.S. and Japan.

Message from David Janes
It is my great honor to serve as the new Chair of the Board of the Japan ICU Foundation. Through many years of engagement with JICUF, I have developed incredible friendships, been inspired by the mission, and proud to support and work in deep collaboration with one of Japan’s leading universities (ICU) that aims at its heart to foster reconciliation, understanding, and service to others. During my tenure as JICUF Chair I aim to work with my fellow Trustees and the dynamic JICUF team to breathe life into our new mission and vision statements and take the organization to its next level. 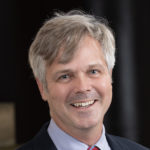 Gavin Whitelaw, who was Senior Associate Professor of Anthropology at ICU from 2008 to 2016, became the newest member of the Board. While at ICU, he also served as Director of ICU’s Japan Studies Program. Gavin is currently the Executive Director of Harvard University’s Edwin O. Reischauer Institute of Japanese Studies. His research interests include globalization, commerce, work, food, and consumer culture particularly in the context of contemporary Japan.

Message from Gavin Whitelaw
I had the honor of being a member of the ICU faculty and campus community for eight years and delighted in teaching both undergraduate and graduate students. I look forward to continuing my connection with ICU and supporting its educational mission through this new role as a JICUF board member. I continue to be impressed by the curiosity, accomplishments, and spirit of engagement of ICU’s students, faculty, and alumni/ae. In serving on the board, I hope to assist JICUF in its commitment to supporting ICU in nurturing the current and future generations of globally engaged citizens.