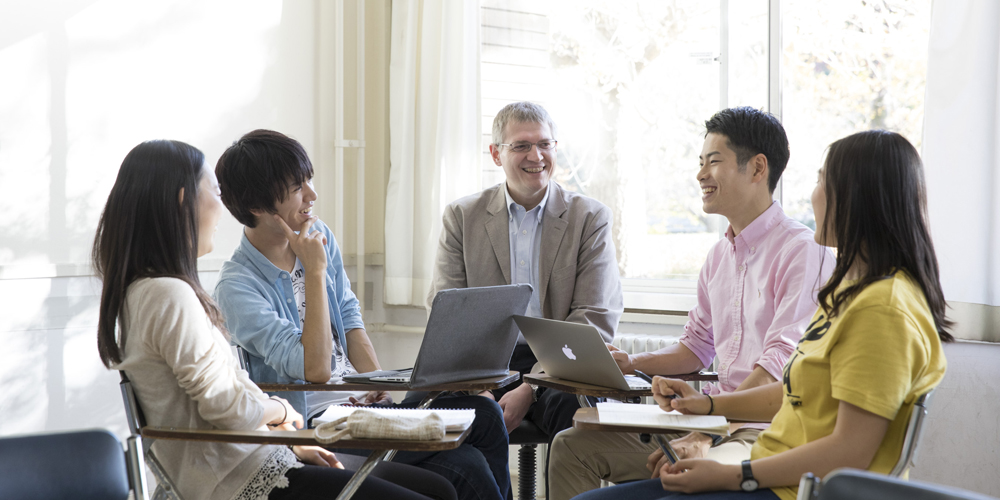 Currently, ICU is the sole institution participating in the University Pathways program. After an application selection process, 5 Ukrainian students will be brought to ICU and will enroll as auditors. Upon completing their terms as auditors, the students will be given the opportunity to either apply to ICU as degree-seeking students, apply to other universities, or seek employment in Japan.

In 2017, JICUF and ICU launched the Syrian Scholars Initiative (SSI) to provide Syrian refugees with an opportunity to pursue an undergraduate education at ICU. SSI was  one of the first education pathways programs in Japan. Education pathways programs are defined by UNHCR as “safe and regulated avenues by which refugees may move to a third country for the purpose of higher education.” They are essentially private sponsorship programs that complement refugee resettlement efforts by governments. Through administering SSI, we have learned a lot about how to support displaced students.

If you would like to help support the Japan-Ukraine University Pathways Program, please consider making a donation to JICUF’s Ukraine Student Fund (USF). The University Pathways Program is designed to provide the following financial support for students accepted to the program: airfare to Japan, on-campus housing, auditing fees, living expenses, and support for visa issuance/residence permit. 100% of donations to the USF will go towards funding these expenses, and helping Ukrainian students continue their education in Japan.

History of the ICU Soccer Club, by Weimin George Yuan

‹ Changes on the JICUF Board of Trustees – Spring 2022