Ms. Nadin Jamous is based in Gaziantep and Mr. Abdulhadi Hanifeh in Istanbul. Both coordinate outreach in their respective areas as well as online, and Ms. Jamous also administers online Japanese lessons to the finalists before they travel to Japan. Without their help, SSI would not have been successful. 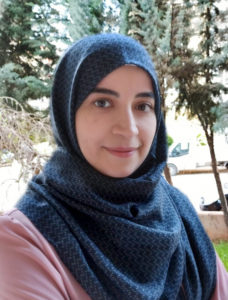 What she appreciates the most in her work with JICUF is having great colleagues and being able to help ambitious Syrian youths who dreamt of studying in Japan but lost their education opportunities due to the war. 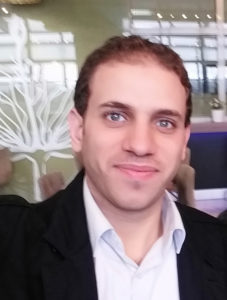 Abdulhadi Hanifeh was born in Damascus, Syria, and graduated from the Higher Institute of Business Administration in Damascus. He started to work with JICUF in early 2018. He was the HR & training manager at Education Without Borders (NGO in Istanbul), and before that worked as Assistant Manager for Oram company in Saudi Arabia for several years. He participated in several Erasmus+ programs and managed many social cohesion camps and programs.

What he enjoys the most in this program is reaching out to students who truly deserve this scholarship and helping them step by step to achieve their goals. If he could go back in time, he would choose ICU to finish his academic life!

‹ Changes on the JICUF Board of Trustees – Spring 2020 › Alumni Stories No. 16 – Mr. Shinichi Hirabayashi